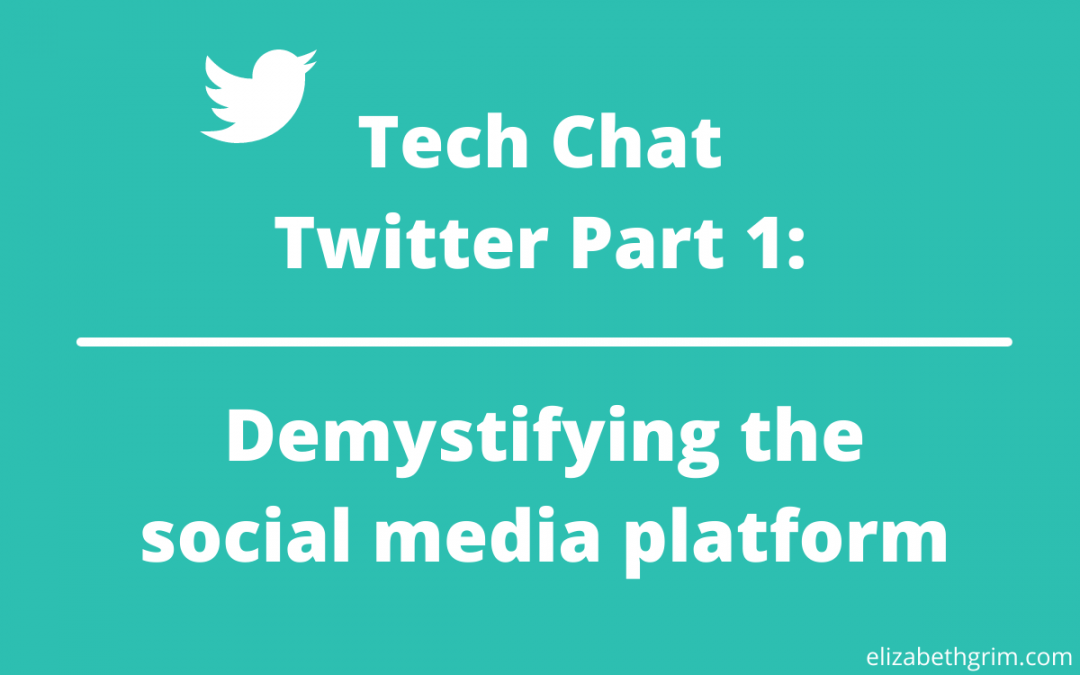 If you were at the 2017 American Evaluation Association conference, you probably heard mention of the conference Twitter feed and/or the conference hashtag (#Eval17). Increasingly, evaluators are embracing social media as a platform to connect, learn, and share information. In fact, there was even an informal Twitter lunch during the conference when those of us who have been following each other online could actually meet in person. Thanks, Dana Wanzer (@danawanzer) for planning the lunch and getting us all together!

Not convinced about the benefits of tweeting? I’ll admit, I was a true Twitter skeptic at first. I didn’t understand why people needed to access up to date information from their phone at all hours of the day and how 140 characters (just increased to 280) was going to be sufficient for learning and engagement. Now I’m officially a Twitter enthusiast. Not only have I connected with other professionals around the world, I’ve learned a lot and have even received a few consulting offers based on my Twitter feed. So I encourage evaluators both new to the field and those who are established to try it out for yourself. There are over 300 million users active on Twitter each month so you’ll be in good company!

Still not convinced? Here are some additional benefits of using Twitter professionally:

Confused about how to get started? Let me walk you through some of the steps. I’m going to break the steps into four different posts so you can reference each or just one based on where you are in navigating the process:

If you’re new to Twitter, one of the first steps is to figure out what all the different terms mean.  Below I discuss each of the key components to get you started.

A Twitter handle is the name that everyone will recognize you by. This may be your name, your initials, your company name, or something that speaks to what you do. Twitter handles start with the @ symbol. For example, mine is @ecgrim and is a combination of my name. I would have chosen @elizabethgrim to be consistent with my blog address and professional branding but someone else had already taken that name.  Lesson 1 – always have a backup plan!


Tip: Choose something relatively short so that it’s easy for people to remember and recognize.

A tweet is a short message that shares information, resources, or opinions. Tweets are intended to be brief so they have character limits. The limit used to be 140 characters but was recently increased to 280 characters. That doesn’t mean you have to use all 280 characters every time you tweet. It’s easier to read short messages, so keep things brief! And for those perfectionists out there who are wondering, “can I delete a tweet if I change my mind or notice an error?” Yes, you can. But this is the internet we’re talking about so can you really ever erase something completely? Unlikely.

Tip 1: Tweets with visual content and links generally get more engagement and attention so include those when relevant and available.

Tip 2: If you start a tweet with someone’s Twitter handle (@ecgrim), this tweet is actually sent as a reply to that person. This means only that person and users following both of you will see the tweet. To bypass this, start the tweet with a period. This will allow the tweet to show up on your twitter feed and reach a broader audience (.@ecgrim). 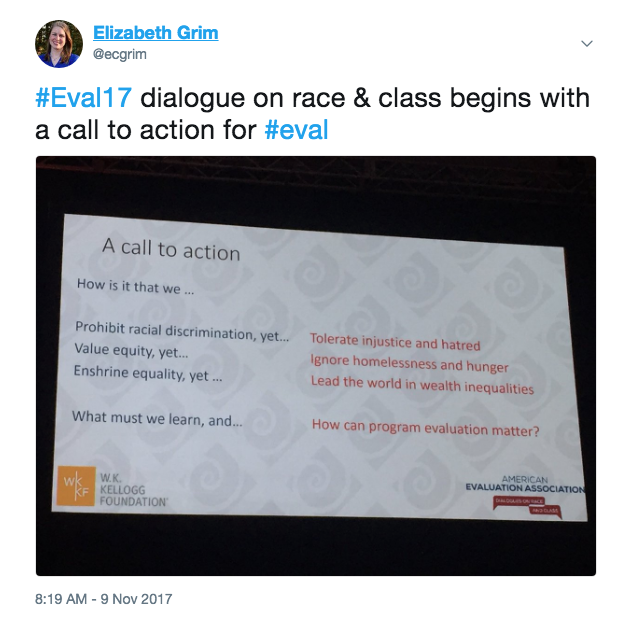 This is an example of a retweet

According to Twitter, “a retweet is a re-posting of a Tweet. Twitter’s Retweet feature helps you and others quickly share that Tweet with all of your followers. You can Retweet your own Tweets or Tweets from someone else. Sometimes people type ‘RT’ at the beginning of a Tweet to indicate that they are re-posting someone else’s content.”

Tip: If you want to engage with content someone else posted, you can quote a retweet. This allows you to add a comment that appears right above the retweet. 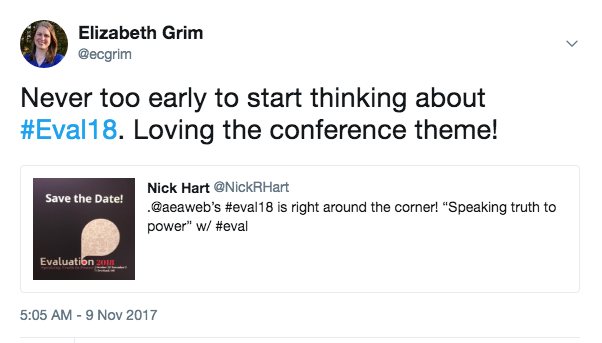 This is an example of a quoted retweet

Hashtags are basically just keywords that start with the # symbol. Hashtags are searchable so it’s a great way to get more people to see your posts. For example, whenever I sent a tweet about the 2017 American Evaluation Association conference, I included the conference hashtag (#Eval17). This made it easy for anyone else at the conference to find my tweet and to follow all of the different conversations happening during the event. Users could do this by searching #Eval17 on Twitter, which pulls up a list of all the tweets (a Twitter feed) with that hashtag.
Use hashtags wisely. While tempting, you don’t need to hashtag every word in your tweet. Choose the keywords that you want users to engage with and make those hashtags. A general guideline is to include up to three hashtags in one tweet.
Tip: Follow #eval and #dataviz to keep up with what’s happening in the evaluation field. If you can’t attend a conference in person, follow the conference hashtag to learn remotely and engage in the discussion. This works for webinars too!