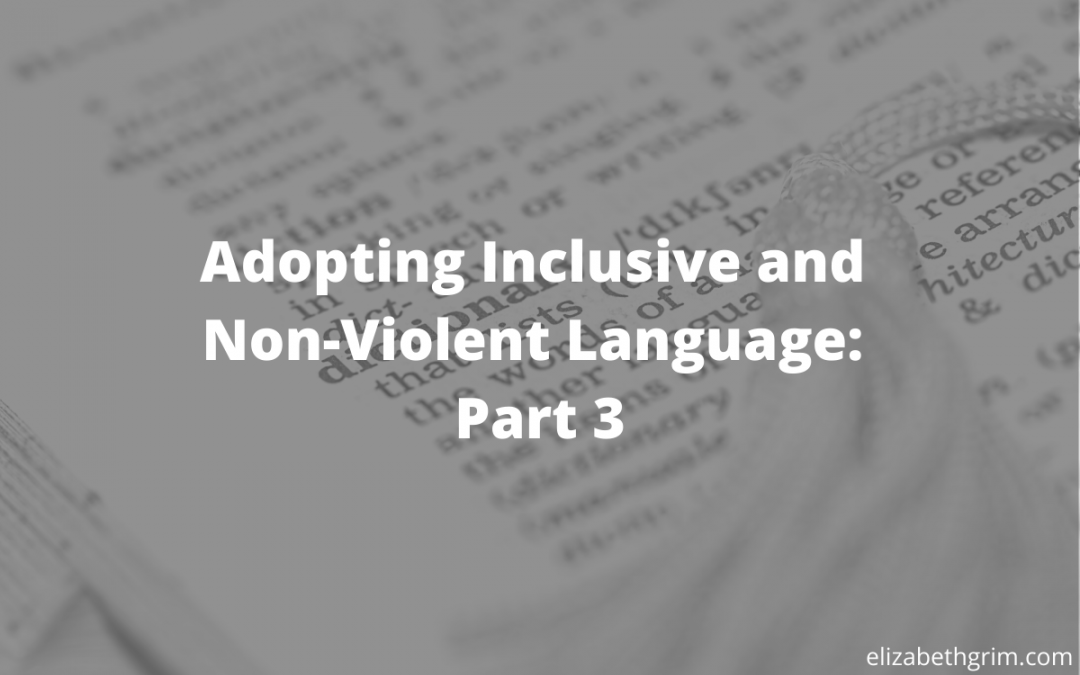 The thing about awareness is that once we know more, it becomes hard to not see, hear, and notice. The more we pay attention to the words people are using in conversation, the more we realize how problematic our language has become. We have substituted precision for rapid responses, often sacrificing intention.

Below are a few additional examples that I have encountered in my work at and with nonprofit organizations that perhaps we should collectively consider retiring from our conversations.

Funders, evaluators, researchers, and nonprofits love talking about best practices. In fact, many grant applications require applicants to identify one or more evidence-based best practices to seek funding. The term best practice is problematic because it gives the false impression that these practices are universally “proven” and 100% replicable.

Practices are often only examined on a small group of people under very specific conditions (many times, white undergraduate students living in the United States). As soon as the practice is removed from that context and situation, the results will likely differ.

I have moved to saying promising practice as an alternative to best practice. I’m sure there are many other examples. What language are you using instead?

The terms whitelist and blacklist have been used in technology and coding to refer to things that should be kept in and things that should be kept out, respectively. In everyday conversations, you sometimes hear these phrases used in event planning and guest lists. The challenge with these terms are that they have racist connotations of white being good and black being bad. Instead, consider using the terms allow list and block list.

After the previous two blog posts were released, a question came in about what we could substitute for the terms “mastered” or “demonstrated mastery” over a subject or skillset. I suggested alternatives like proficiency, ability, expertise, knowledge, or comprehension. Someone else chimed in and suggested using the term fluency. Another colleague suggested we remove the idea of learning objectives all together.

What do you recommend?

Recently I was part of writing an RFP for a visioning process in which an organization is interested in re-evaluating their mission and vision. In their proposal, one of the applicants provided a thoughtful response about how we are moving away from using the word mission given its militaristic roots. I had never thought about that before. This is language we see on almost every organization’s website. It has become part of our every day world. Yet the second I read the comment, it made sense and I was incredibly grateful for the kind way that the team provided insight and education.

Many of the words that organizations use to describe what we do and why we do it is rooted in militaristic language. Things like mission, strategy, and tactics. Why? Why do we need to separate each of these components? What would it look like to change to the language of goals instead?

The term stakeholder is regularly used to describe any group that is involved in a program or project. This is challenging because it assumes all partners are equally involved with the outcomes, disregarding power differentials between participating groups. Additionally, the term is rooted in colonial practices and originally referred to groups with financial interests. Alternative terms to explore could be partner, contributor, or collaborator.

When I read more about the history and use of the term stakeholders, I found multiple resources suggesting that it is particularly offensive within Indigenous communities. As the University of Calgary notes, “The use of Indigenous/Aboriginal ‘stakeholders’ or similar variants is discouraged as the relevant Indigenous group are not mere ‘stakeholders interested in the matter,’ they are rights-bearing communities with attendant constitutional rights, at the very least, to consultation.”

Looking for additional reading? Here’s a short piece on everyday words that have racist connotations.

What other words are you finding alternatives for in your work to adopt more inclusive and non-violent language? 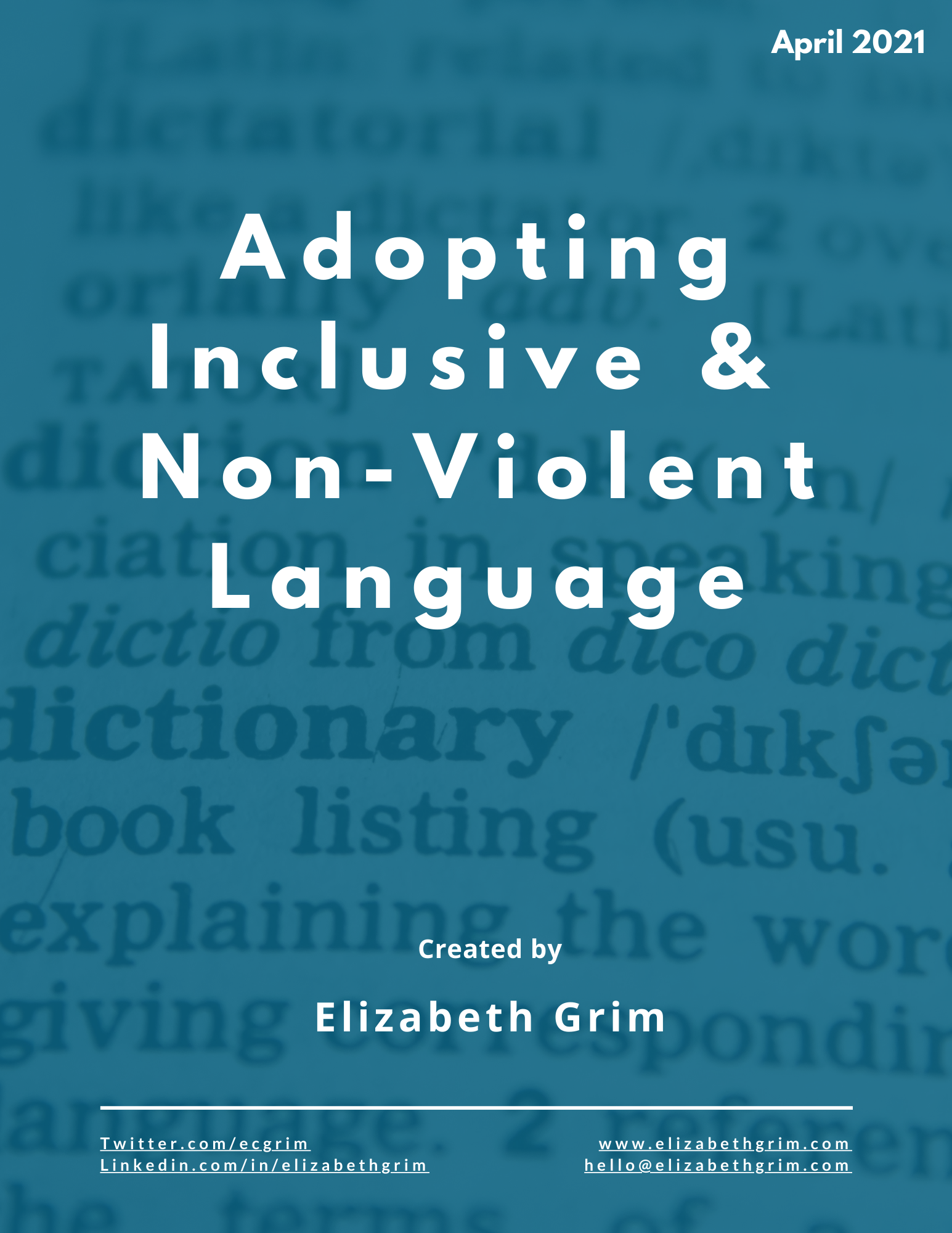